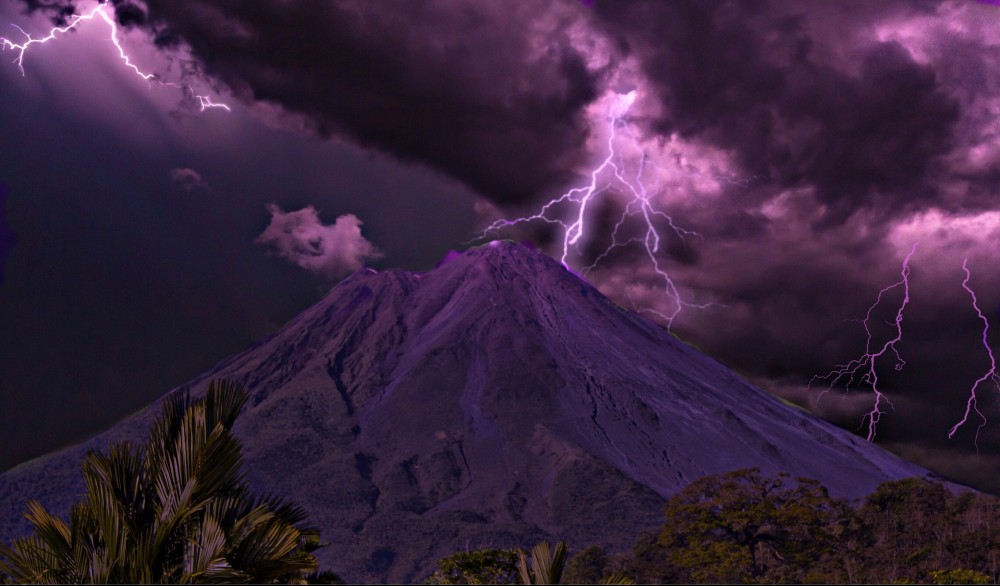 Lately, there has been a massive number of research and talks about the benefits of walking and exercise in general but especially outdoor exercise for our wellbeing.

We see more and more people really interested in their mental and physical health and there has been a huge increase in the lifestyle changes books, exercise clothing and tools, dieting options but especially outdoor activities.

The outdoor exercise has been recognised to have the greatest positive impact on our life. People started to really enjoy long walks in nature, challenging themselves to walk the longest, run the fastest or climb the highest.

Although, UK is blessed with mild weather and not many dramatic weather wise situations are around, still there are few incidents which begs for good preparation.

Sometimes we need to expect the unexpected. If you are planning to go hiking, you need to take into considerations the powerful strength of nature and it’s unpredictability. The hills and mountains can have a very quick and unexpected change of weather and you need to be prepared for hot weather or a stormy one.

Today I am gonna focus on stormy weather and what you have to do in this situation if you find yourself up on the hills or mountains during one episode of nature unleashed. A thunderstorm can be a spectacular show of nature, with its light and sound, can be very dramatic and beautiful at the same time. There is no need to be afraid and pray to miss out the opportunity of witnessing the nature unleashing. All you need to do is be informed and prepared to be safe while admiring it as it will be an unforgettable event.

There will also be mentioned informative data about how to react if you are indoor during a natural stormy event so even if you are not a climber you will definitely find the information useful.

Lightning can be possibly the most frightening dangers that a hiker can experience during the summer. With warm weather also comes a heightened likelihood of running into a thunderstorm while outside on the trail, particularly during the afternoons. Hikers need to be careful with storms which produce lightning, especially in open areas where YOU could be the maximum object in the immediate area. As it it well known, lightning is likely to hit the highest point on the ground – so avoid being that magnet.

According to the National Weather Service, there are normally approximately 25 million lightning strikes which lead to 273 accidents and 48 deaths in the U.S., every year. In the UK, in the last 30 years, 58 people were killed by lightning, not to forget the last one a couple of weeks ago, up in Scotland’s mountain. Those casualty figures might seem fairly low. Nevertheless, in the course of a lifetime, your chances of being struck jump to 1 in 3000!

Lightning is a natural product of nature. Every day 8 million lightning strikes the earth. About 25,000 people are hit and killed by lightning in the world. Besides the potential of lightning to kill a person, it is also responsible for ignition of over 10,000 vegetation fires every year. Speed of lightning? Some data estimates a 60km/s speed, while others indicate a speed of lightning up to 99km/s.

How To Stay Safe During A Thunderstorm

Therefore, the main question to ask is: what can you do if you are out hiking and a storm approaches? The first thing you have to understand is lightning can strike more than 10 miles away from that the centre of a thunderstorm – well beyond that the audible range of thunder.

Consequently, if you hear thunder, you are already within the range of a storm and need to seek shelter immediately. To measure the distance between you and a lightning strike, count the number of seconds between the time you see a flash and the bang of thunder. Divide that number by five. This can give you the number of miles that the lighting strike is away from you.

If you do get caught by a storm, and you are below treeline, here are some things which you could do to improve your safety.

1. On the hills/mountains – the chances of finding a 100% shelter are quite limited. However, there are several situations where you can reduce considerably the possibility of being struck by lightning.

First, you need to get off the top of the hill or from exposed areas. Lightning can hit from miles away and you can be hit long before you hear them. If you’re on the mountain and see that the storm is coming, you have to get off fast in the lowest valley near you.

But if the storm still caught you on the mountain, and you have no way of getting down, avoid sitting on the edges of the hills and stay in the middle, it is better. Besides, try to avoid flat areas. The reason is that lightning strikes the highest points, and if you want to avoid lightning in a flat space, unfortunately, you’ll be the highest point. Search for a little platform with another platform near you with 5-10 times higher than yours.

2. Avoid taller or isolated trees – they attract lightning like a magnet. Then try to pick a shelter that is not in the way of waters that might leak off the top.

3. Avoid overhang or the places under vertical rocks – although they might seem to you the best possible solution. Under the pressure of the lightning, these can break and you may be in a bigger problem. If you get into a cave, it must be large, and you must sit at least 1.5 m from the wall and have 3-3.5 m space above your head because there is the risk of forcing the forces of an electrical deck over the opening.

4. If you don’t find shelter in time, you sit there where you are, in a squat, with your legs and your hands closer. Then put under you the sleeping bag or any non-metallic object that you have in handy, so in this way, you avoid as much as possible the contact with the earth. Besides, cover your ears, so the sound of the lightning will not damage your ears. This position will minimise the damage that can be caused to you in case you’re struck by lightning.

This illustration shows you exactly how to sit when the storm caught you on the mountain.

5. If you’re on the mountain with several people and you haven’t found a shelter, try to sit in the squatting position as far away from each other ( 10-15 m) to avoid the hit.

6. Give up your cell phone and other accessories that can put you in direct contact with electricity. Then put away all the metallic things you have with you and sit down as far away from them.

7. Don’t move from where you are, before it passes 30 min to the last lightning.

8. If you are camping in a open ground then leave your tent as the metal poles might attract the lightning.

Also, watch this video for a better understanding.

How To React If You’re Inside?

First of all: Do Not Panic. Thunderstorm are a regular natural feature and you must get used to it sooner than later. Learn about it and follow the steps to keep yourself and the loved ones safe waiting for the storm to pass.

If you have company try to use this time of waiting by enjoying some social activities such as old fashion games, where is no need of computers or TV to help you pass the time faster and better. Playing games or saying stories are a good way to keep your mind of the thunderstorm and the fear at bay.

Bellow are some tips on what to do if you are indoor during a thunderstorm.

1. Stay away from the windows and try to shelter yourself into the central rooms of the house.

2. Try to avoid the touch of objects containing copper ( sinks, pipes, radiators) if your house is not equipped with lightning conductors because it has good electrical conductivity.

3. Remove all appliances from the plug, including the TV antenna and the computer, because it’s possible that will not work after the storm is over.

4. Avoid doing a shower, because the water in combination with electricity might be fatal.

5. If you’re in the car stop and close the radio. In the car, you’re safe because the metal that is covering the car is a better electricity conductor unlike you. If the lightning hit the car then try not to touch the metallic parts of the car.

What To Do During A Thunderstorm When Hiking With Your Dog

According to NOAA ( The National Oceanic and Atmospheric Administration), there are no precise records for animal struck and killed by lightning. However, NOAA at Texas A&M University estimates that hundreds of livestock are killed annually by lightning. Statistics data for a lightning strike in pets is almost inexistent.

In time, whether indoor or outdoor, if you see a sign of anxiety in your dog when there are strong noises, such as fireworks or thunderstorms, means you should prepare him to be able to cope better under stress. Here are some solutions for helping your dog:

1. If you want your dog to stop his anxiety during a storm, few months before planning a hike with him you should start preparing him by playing a CD of thunder recording at a low level at first, while you will give him some treats. Gradually, increase the volume over the course of several weeks or months, depending on how severe is his anxiety.

2. Also, you can consult your veterinarian for some medication that may help calm your dog and in this way his fear of storm will be reduced and he will listen to your commands.

3. The best and safe for a fearful and stressful dog is

These two  will help your dog to cope with fear and anxiety.

❗Read the review of the Thundershirt for dogs here❗

Hope you enjoyed reading the article and that you learned new facts and ideas about how to protect yourself and your loved ones. Be kind to your dog and include his wellbeing on your list of preparation.

The great news is that the number of lightning-related fatalities has decreased since 1940 when deaths were high compared with today’s number. There are probably numerous reasons for this, including a far improved understanding of lightning, which can come from an improved education on safety and avoidance.

Although thunder and lightning is a potential hazard which you should take seriously, especially when walking outdoors, there is no need to put off climbing and staying over on the mountains and/or hills enjoying great vistas, quietness and fresh air.

You need to be prepared, listen to nature and respect its wishes. Stay alert with the news and be weather aware if you are planning to go for a walk on the hills/mountains. Be sensible and try to get sheltered as soon as you notice the storm gathering. In this way you might have enough time to be somewhere safe and sound before the nature unleashes.

Respecting these rules will save your life.

Be safe and enjoy the outdoors!

❗Please, if you like what have you read, share the article so other people can benefit from it❗

View all posts by Oana Matei

8 Replies to “ThunderStorm In Mountains: Tips That Will Save Your Life ( With Video)”